Architect Bashirul Haq is one of the senior most architect,teacher in Bangladesh, also one of the leading figure in architecture of this region.

Bashirul Haq & Associates Ltd. is primarily an architectural and planning firm with in-house Structural and Engineering services for the preparation of estimates, tender documents, construction management and supervisory services. Rational i

Bashirul Haq & Associates Ltd. is primarily an architectural and planning firm with in-house Structural and Engineering services for the preparation of estimates, tender documents, construction management and supervisory services. Rational i

Chhayanaut: An architectural take on restoring a cultural hub

This building has a natural allure that instantly changes one’s mood as soon as they step into its biosphere. The building consists of several classrooms, a library, a recording room, a research facility, admin facilities, and an auditorium laid around a lofty atrium space that is naturally lit by...

Bashirul Haq is one of the most critically acclaimed contemporary architects of South Asia. His most significant contribution to Bangladeshi architecture is establishing a deep-rooted con- nection with the local context with a rich blend of tradition and modernity; finding a language that is contemp 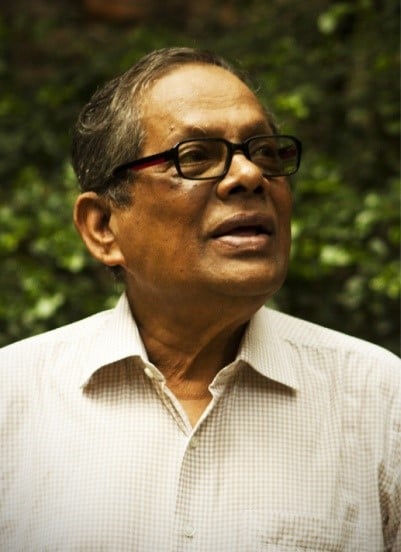 This year IAB Gold Medal 2020 is posthumously bestowed upon Ar. Bashirul Haq (24 June 1942 – 4 April 2020), distinguished Architect, Planner and Educator in recognition of his meaningful contribution to design, innovation and ideas in the field of Architecture.

A meeting of the IAB Gold Medal Assessment Board was held on December 12, 2020 at IAB Center. The Board meeting was chaired by Ar. Prof. Shamsul Wares and was attended by Ar. Prof. Haroon Ur Rashid, Ar. Prof. Abu Sayeed M. Ahmed (via zoom), Prof. Syed Manzoorul Islam (via zoom) and Ar. Jalal Ahmed, President of IAB. This year, three IAB Fellows have been nominated for the IAB Gold medal 2020.

The meeting reviewed and discussed all the three nominations. After detail discussions and consideration of architectural styles, contribution in the field of architecture of Bangladesh, experience etc., the Board unanimously recommended late Architect Bashirul Haq for the IAB Gold Medal 2020.

Ar. Bashirul Haq completed his Bachelor of Architecture from the National College of Arts, in Lahore, Pakistan in 1964. He received John Heinrich Tuition, Scholarship and Teaching Assistantship at University of New Mexico, United States in 1971 and completed his masters in architecture from the same university in 1975. He was shortlisted for Aga Khan Award for Architecture in 1980, 1992 and 2001. According to Haq, the works of Alvar Aalto and Aldo Rossi inspired him most.

Ar. Bashirul Haq’s work has been consistently contextual in using the material, responding to climate, articulating spaces, economy, political, social, and cultural intent. His work bears an unmistakable mark of Bengali identity and purpose. In his 45 years of professional career in Bashirul Haq and Associates, he has designed more than 300 buildings, in which Bhatshala House, Kalindi Apartments, Chayanaut Bhaban, ASA Head Office Building are notable.

Architecture in Bangladesh has become richer from Ar. Bashirul Haq’s work and has positioned it on a high pedestal. His works and thoughts have inspired many architects and would continue to do so in the future as well.

Located along the Bay of Bengal in the coastal district of Cox’s Bazar, the Community Development Center & Cyclone Shelter serves as a sanctuary for the local communities and their livestock at times of tidal waves and cyclone.

The purpose of the project, commissioned by PRISM (projects in Agriculture, Rural industry, Science & Medicine- an NGO with a Bangladesh Office) was to create a space that will be flexible to serve as a shelter in times of need and an office and a local dispensary for development activities at other times.

Almost completely flat, the site is surrounded by trees, paddy fields and indigenous houses -making the concrete built form a local landmark. With a hollow ground floor, the form appears to be hovering and give an impression of lightness. The sculptural ramp representing a dynamic intuition, serves the building as the main entrance. The cantilevers and tapering beams; imbue the building with a free floating sense.

Owing to rural indigenous houses surrounding the site, the design is kept simple, functional and free of decoration. Based on the concept of creating resistance against cyclones, solidity of the reinforced concrete structure exudes boldness and man's struggle against natural disasters.

Special thanks to everyone who helped, contributed to making this project & documentation.

'Chowdhury Residence' was Bashirul Haq’s first project and holds a special place. Haq took the opportunity and succeeded in expressing his design philosophy and vision through some unique characteristics. The significant characteristics of the building created a new language that contributed to shaping the local architecture of that period. The residence was designed for honorable Abu Sayeed Chowdhury, the second president of Bangladesh. There was freedom to choose any element or material to design the president’s residence. However, the fresh architect opted to show his love for vernacular materials. Exposed brick facade of the building merges nicely with the green landscape.

The residence comprises an L-shaped volume locked with a square volume. A cylindrical staircase connects the duplex in the interior. Architectural treatment in locking different types of form was handled skillfully; the corners of the square are treated with voids. The square volume is expressed through a frame from the top. The monolithic cylindrical staircase is balanced with the lightness of the colonnaded facade with a curved veranda, forming a hierarchy in the south elevation. This creates a threshold where the exterior flows into the interior.

The building is well ventilated from the porous southeast facade, contrasting the more solid western facade. Haq uses a combination of brick and concrete where the brick columns serve both structural and decorative purposes. A multiple height void to the north facilitates ventilation of the living room and master bed. Two open terraces to the north and south break the solidity of the building.

Special thanks to everyone who helped, contributed to making this project & documentation.

We’ve got some EXCITING NEWS!
ArchDaily has just launched the 11th edition of its Building of the Year Awards and our project is eligible for nomination.

Anyone can register on the My ArchDaily platform to select what they think are the best buildings. Since every user can only vote for one building in each category, make sure you let your friends, clients and fans know to select BASHIRUL HAQ & ASSOCIATES's work!

Raining At Our Office

The Rain began again , it fell heavily , easily with no meaning or intention but fulfillment of its own nature, which was to fall and fall. 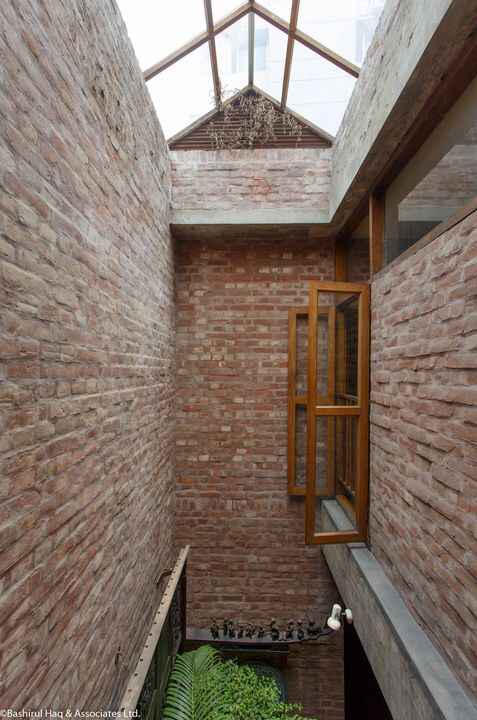 Entrance.
The visual separation between office and home was created by a vault opening providing access to office underneath the vault.

There is a special pleasure and challenge in designing in rural Bangladesh. The beauty of the landscape is truly inspiring. The challenge is to design a building that blends into the landscape without disturbing it. In this case, the financial constraints were a bonus as the architect did not have the option to design a 'grand' building. But the requirements had to be met.

We had a warm meeting on this afternoon regarding our on going project . Hope this will work out well.keep in touch.

We had a warm meeting on this afternoon regarding our on going project . Hope this will work out well.keep in touch.

A friendly meeting is going on between Bashirul Haq and his student Ar. Kashef Mahboob chowdhury .

Having rain on our office ground is quite wonderful .

Be the first to know and let us send you an email when Bashirul Haq & Associates Ltd. posts news and promotions. Your email address will not be used for any other purpose, and you can unsubscribe at any time.

Raining At Our Office

The Rain began again , it fell heavily , easily with no meaning or intention but fulfillment of its own nature, which was to fall and fall. - Helen Garner